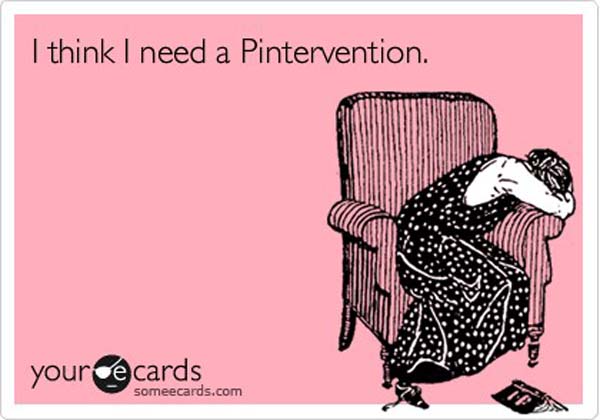 Who doesn’t flippin’ love Pinterest? Ok, I’ll be the first to admit I thought Pinterest sounded like Lamesville USA when it was first introduced. Yeah, I know. Images entice and generate a brand of allure text just can’t measure up to. But like others who have doubted new things, it grew on me the way mold grows on month old Sweetheart Salad and I could totally see the value/fun behind

And I’m not the only one visiting Pinterest daily to stave off withdrawal symptoms! According to Pinterest Insider, Pinterest has accumulated over 48.7 million users since its launch in March of 2010.

If you’re new to Pinterest, be warned: It can be a major time murderer. While being a time murderer is all good sometimes, Pinterest can actually make you a more productive individual. This is also known as a Time Hero (or Heroine, considering the majority of Pinners are of the female variety).

Because we know teachers are always on the lookout for new ways to streamline their ideas, we figured Pinterest might be just the ticket for turning you into a Time Hero/Heroine. From the infographic below, you can see there are four categories showing the ways educators could Pin for the greater good:

Scroll down to the infographic below to view the specifics behind each category. Just think: This is only a taste of what you as an educator could accomplish by using Pinterest or social media in general. Imagine the possibilities YOU could dream up!

Have you found a unique use for Pinterest? Help make our lives easier and give us the scoop below!

Think Pinterest, Facebook, and other social media sites are the bee’s knees but don’t have any time to spare? Our entire team was recently diagnosed with social media fever and the only cure is more social media! Allow us to help you expand your audience using social media and other content marketing methods.

{Video} Top 3 Reasons Your Nonprofit Should Create and Market Content